Single-window service for evaluation professionals in the Ottawa/Gatineau region

The CES-NCC Board of Directors consists of a Past-President, eleven (11) elected members, including two student members. Board members are elected by the membership, confirmed at the Annual General Meeting and serve a three-year term. 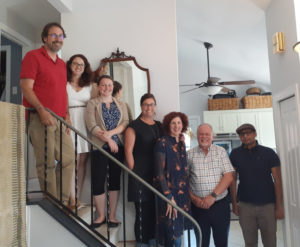 Find out how you can help